What I Read Last Week - Part 2 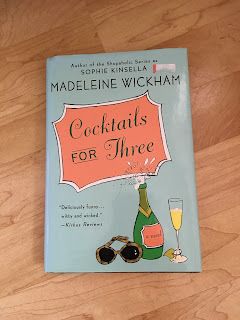 Have you ever read a book that you liked but you weren't sure why you liked it? That's how I feel about this book, Cocktails for Three, a novel about three best friends who meet once a month for cocktails to catch up on their lives. The characters were a bit underdeveloped, they make terrible decisions and the plot ended up being a little bit darker than I was expecting. But I still liked it. I just don't know why. I didn't love it. It's not destined to become a favorite or anything. But I'm glad I read it once.

At one point during the book, one of the characters is eating a dessert called Sherbert & Lemonade. I'm allergic to sherbert, so I substituted sorbet because I was so intrigued. I wasn't sure if the lemonade was poured over the sherbert like this: 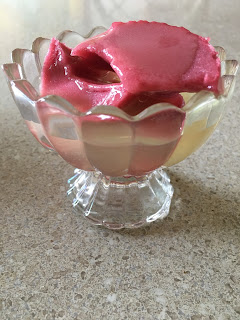 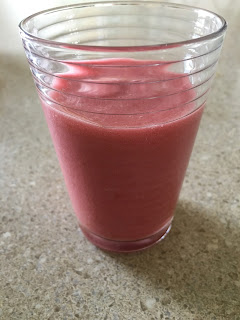 So I tried them both. I didn't love it with the lemonade poured over the sorbet and it was kind of hard to eat without spilling the lemonade everywhere. But the lemonade blended with the sorbet was pretty good. I think it would make a very refreshing dessert in the summer time. 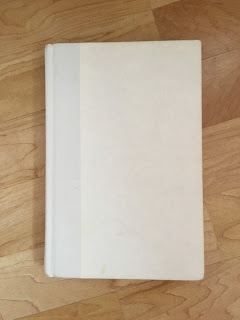 It's time for another ugly book picture. I have no idea what happened to the dust jacket My Point . . . And I Do Have One by Ellen Degeneres. I loved this book. It was funny and delightful and I was sad to see it end. Here's a great excerpt from the book, in which Ellen is joking about having a psychiatrist for her bird:
He's a bit cheaper than an actual psychiatrist so sometimes I call him up with one of my problems and pretend it's one of my bird's problems. Actually, I don't even own a bird.
"Well my bird is thinking about starting a new relationship. The problem is that this other bird reminds him of somebody else, somebody who had hurt him in a previous relationship. My bird had been rejected and didn't take it well. He drank a lot of fermented seed juice and didn't go out much for a long time. And when he did, he took out his pain on other birds." 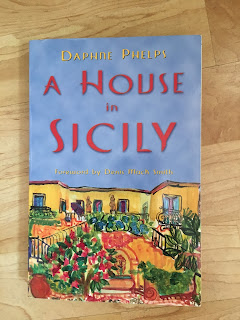 This was the week when I decided that I'm no longer going to force myself to keep reading books that I'm not enjoying. Life is too short and there are too many good books in the world (and in my to-read stacks.)

A House in Sicily is a memoir of a young British woman who inherits a house in Italy from her uncle, expecting it to be a temporary home, and then spends the next 60 years living there. I expected to really like this book. It's just the kind of book I normally love, but it was a huge disappointment. I made it through about 190 pages and then realized that I was dreading finishing the last 80 pages and I gave up on it. 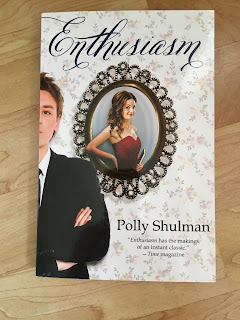 Enthusiasm was a unique Austen-esque book because it was one of the few I've run across that was a YoungAdult novel. I could really relate to the character Ashleigh, who was very odd. I spent my teenager years dressing like I was on my way to the office and reading books about Ghandi (which was an odd combination, even for me.) But beyond being able to relate to one of the main characters, I didn't love this book. It wasn't awful, but it wasn't great either. Lucky for me, I have 33 more chances to find that perfect Austen-esque book!

P.S. - Why can't we get together as a society and agree that we're not going to take pictures and post them on social media or put pictures on the covers of books that feature half of someone's face (the same goes for picture where we see someone's torso with the head cut off.) We're better than this. 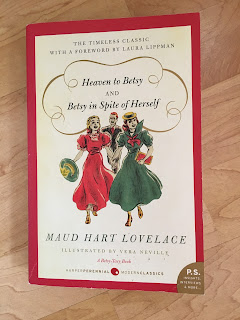 Have you ever been so sure you would love of author you've never read that you went out and bought all of their books? Or am I the only one who shops for books like I'm on Supermarket Sweep?


If you don't have time to watch the whole 19 minutes, just start watching at the 12:30 mark (although the whole show is perfection.)

I was so sure that I would love everything that Maud Hart Lovelace wrote that I bought almost all of the books. And then I read the first several books in the Betsy-Tacy series and I was really disappointed. I thought the books that covered Betsy and Tacy's early childhood and elementary school years were really boring. But, since I had already bought them, I decided to go ahead and read Emily of Deep Valley and I loved it!  So I decided to give the later books in the Betsy-Tacy series a chance. And I'm so glad that I did because I really liked them (once I got past the fact that the guy on the cover looks like The Joker.) The books are set in the early 1900's and they had all the delightful retro charm I was hoping for!

I loved this passage that described a car ride Besty took with her friend:
But when they were riding they went at a thrilling twenty miles an hour. She closed her eyes and a blurred enchanted world rushed past.
Hilarious. The next time I'm driving 20 miles through a school zone, instead of thinking what I normally think which is Wow, I can see everything when I'm crawling along at this pace. I'm going to think, I'm on a thrilling, enchanting joy ride that's just FLYING by.

I would love to hear about the books you've been reading lately. Tell me all about it in the comments section!
Labels: Books Reading Challenge