What I Read Last Week: Part 2

The first week of my reading challenge went well, and I read some decent (although not great books at the beginning of the week) and finished the week off when some books I really enjoyed! 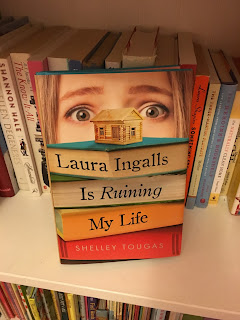 This is a YA book, so it felt a little bit like cheating because YA novels are so much easier to read than books written for adults. I told my sister that and she said, "Cheating at what? You're not competing against anyone. You're basically having a Book-It competition with yourself." (Does anyone else remember Book-It? It was a school reading contest in the 80's where you could win Pizza Hut coupons for reading a certain number of books.) My sister has a point, so I've decided that YA novels are okay, just so long as I don't read too many of them. Please forgive me dear readers if you think this makes me a fraud!

I have mixed feelings about this book. There are chapters in the book that I really enjoyed and then some parts that were considerably less enjoyable. If I had to give this book a rating, I would give it 3, maybe 3 1/2 stars. It was good, but not amazing. But I might not be the best judge since I'm about 20 years past the target audience age. 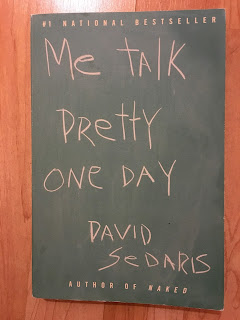 I once read a David Sedaris book that was so funny that it caused the other people on the airplane to stare. I liked it so much that I kept handing the book to my sister to read entire pages. By the end of the flight, we were both laughing so hard we were crying. I picked up this book hoping that it was that book. But sadly, it wasn't. It was still amusing in some places, but it wasn't hysterically funny. I would give it 3 stars. 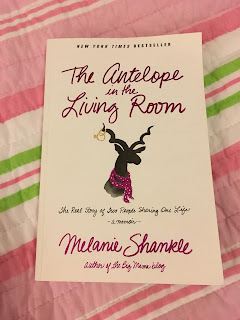 Have you ever read a book, really enjoyed it, but then been at a loss for words about what to say about it, which leaves you trying to describe it to a friend in a way that sounds like a third graders book report, "It was a good book. And I liked it." That's how I feel about this book. I would give it 4.5 stars, but I'm not evens sure how to describe it. It's sort of a cross between a memoir of the author's marriage and a series of essays about marriage. The book was really funny, the author was likeable (which has not been the case lately with memoirs, so this was a refreshing change) and the author manages to convey the more frustrating aspects of marriage without making it seem like she hates her husband. 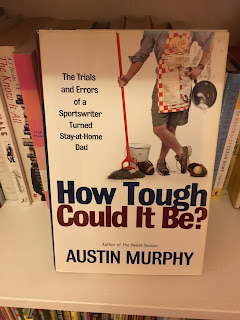 I was kind of on a roll this week with domestic non-fiction. How Tough Could it Be? is a memoir of the author's attempt to switch with his wife, from being the less hands-on parent to being the primary caregiver.  There were a few cringe-worthy moments where the author and his wife seem to be experiencing some marital friction (spoilers alert: I looked them up on social media and they are now divorced) - but overall, I found the book quite funny and enjoyable. I would definitely recommend this book. 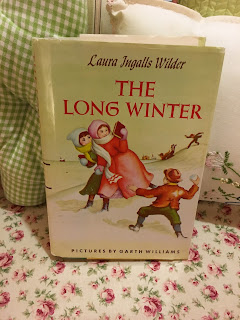 What a shock, I read part of a Little House book this week. The Long Winter, which tells the story of the Ingalls family's experience of living through 7 months of blizzards, is a book that I like to re-read every winter. I like to wait until I reach the point of the year where I'm starting to get really whiny about the weather, and then I read this book to regain some perspective. And it always works. Every year, as I reach the point of the book where Laura wakes up with snow on her bed, I think, so I had to remove the snow from my car before I could get into it today, at least no one had to shovel off my bed before I could get out of it.

Every single day last week, I dropped something into the slushy mud. A glove. A scarf. A book. It's gotten to the point where I feel like I should open my car door and throw everything I own directly into the slushy mud and just get it over with. But then, I came inside and sat down to read another chapter of this book and I thought, maybe dropping everything I own into the slush and running out of the good kind of chocolate candy bars isn't the worst thing that could happen to me. I could be forced to spend 7 solid months with someone as smug as Mary Ingalls with dining on nothing but a butter-less potato. And then I felt much better.
Labels: Books Reading Challenge